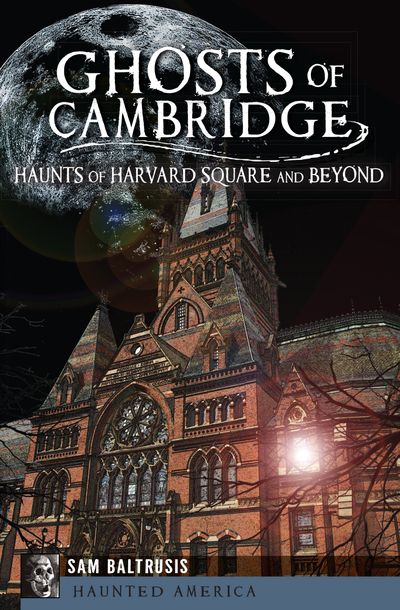 Published by Arcadia Publishing
A guide to the paranormal history of this Massachusetts city—photos included.

As one of the nation’s oldest cities, Cambridge, Massachusetts, has a tumultuous history filled with Revolutionary War beginnings, religious persecution, and centuries of debate among Ivy League intelligentsia. It should come as no surprise that the city is also home to spirits that are entangled with the past and now inhabit the dormitories, local watering holes and even military structures of the present.

Discover the apparitions that frighten freshmen in Harvard’s Weld Hall, the Revolutionary War ghosts that haunt the estates of Tory Row, and the flapper who is said to roam the seats of Somerville Theatre. Using careful research and firsthand accounts, author Sam Baltrusis delves into ghastly tales of murder, crime, and the bizarre happenings in the early days of Cambridge to uncover the truth behind some of the city's most historic haunts.