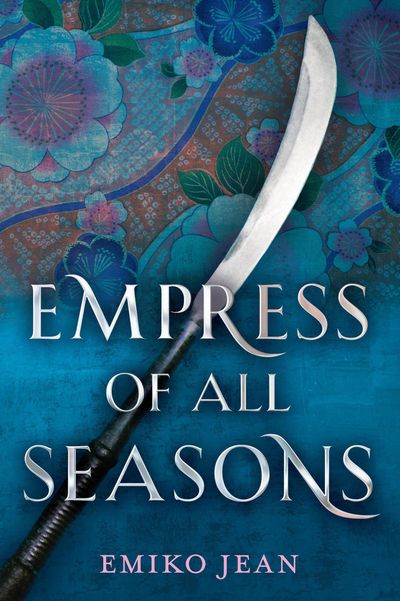 Empress of All Seasons

In this Japanese folklore–inspired YA fantasy for fans of The Hunger Games, a lowly young woman with a monstrous secret competes to become empress.

Each generation, a competition is held to find the next empress of Honoku. The rules are simple. Survive the palace’s enchanted seasonal rooms. Conquer Winter, Spring, Summer, and Fall. Marry the prince. All are eligible to compete—all except yōkai, supernatural monsters and spirits whom the human emperor is determined to enslave and destroy.

Mari has spent a lifetime training to become empress. Winning should be easy. And it would be, if she weren't hiding a dangerous secret. Mari is a yōkai with the ability to transform into a terrifying monster. If discovered, her life will be forfeit. As she struggles to keep her true identity hidden, Mari’s fate collides with that of Taro, the prince who has no desire to inherit the imperial throne, and Akira, a half-human, half-yōkai outcast.

Torn between duty and love, loyalty and betrayal, vengeance and forgiveness, the choices of Mari, Taro, and Akira will decide the fate of Honoku…

“Will latch onto your imagination and sweep you along for a magical and dangerous ride.”—Joelle Charbonneau, New York Times–bestselling author of The Testing Trilogy

“An engaging story that also questions the power structures of heaven and earth, male and female, human and yokai. A narrative that will engage fans of the genre with a much-needed non-Western setting.”—Kirkus Reviews