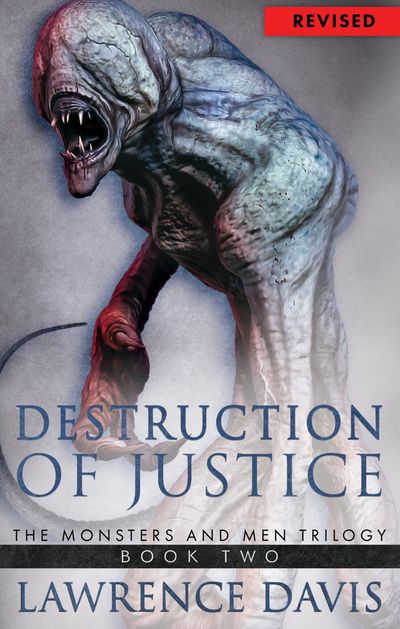 An out of practice wizard-turned-investigator must protect another life in this urban fantasy mystery for fans of Jim Butcher and Benedict Jacka.

Janzen Robinson is no longer a man torn between two worlds, having decided to come off the bench and dive head first into Cleveland’s magical underworld. With his new partner and perpetually exhausted friend Grove, he’s just starting to get a handle on all the supernatural happenings when disaster shows up at their doorstep and doesn’t even have the decency to knock.

Gale stands accused of disrupting the Balance, and Janzen finds himself abruptly tasked with finding out who’s behind the accusation. It’s a charge as serious as it is vague, at least to Janzen, but that doesn’t stop the two governing bodies of the In-Between from showing up in his hometown and unleashing a Blind Judge to exact justice.

The House of Unet and the Tribe of Masarou don’t share Janzen’s sense of humor, nor do they have anything in the way of patience or lenience when it comes to dealing with infractions of their laws. Janzen’s already impossible job only gets harder when he finds the fingerprints of old enemies all over this case.

Now, with a wanted fugitive hiding in their makeshift headquarters and the entire magic community painting a target on his back, Janzen and Grove must step outside their normal alliances for help while attempting to stay ahead of the brutal enforcers hot on their trail in their attempt to get to the bottom of who it was that framed Gale....