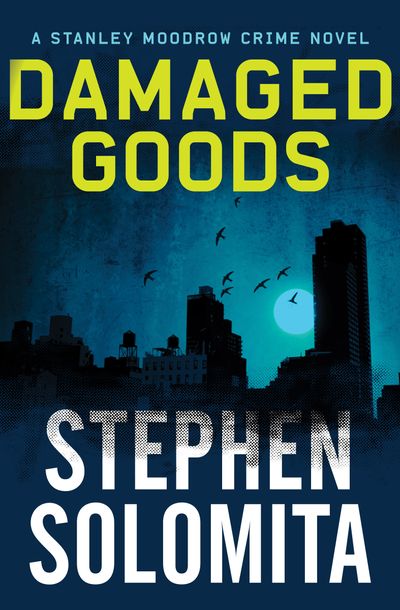 Published by MysteriousPress.com/Open Road
A psychotic killer released from jail begins a spree that only Moodrow can stop
Even Jilly Sappone knows they should never have let him out. Ever since a bullet fragment embedded itself in his brain, he has been prone to uncontrollable rages. Opiates help dull his anger, but only blood can make it go away. When the parole board makes the mistake of freeing him, Jilly knows it’s only a matter of time before he goes back behind bars. Until then, he plans on having some fun. He starts by visiting his ex-wife, and leaving with his four-year-old daughter. The police have no hope of getting the girl back alive, so the mother turns to Stanley Moodrow, an ex-cop turned private investigator whose bulky frame conceals a fury that can nearly match the kidnapper’s. With the help of his new partner, Ginny Gadd, Moodrow will do what no prison ever could: break Jilly Sappone.