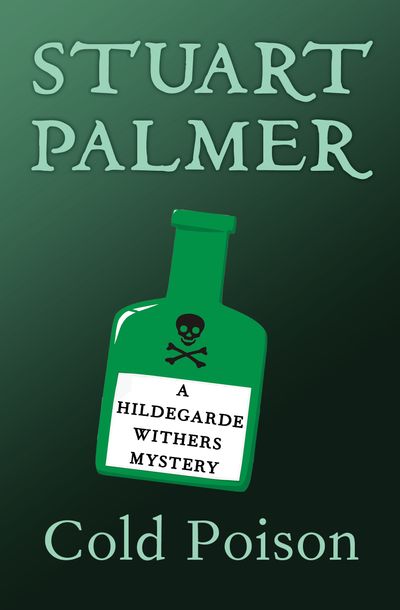 Published by MysteriousPress.com/Open Road
When a Hollywood cartoonist is poisoned, sharp-witted sleuth Miss Withers must draw her own conclusions. “[Miss Withers is] . . . still one of the best” (Anthony Boucher).
At Hollywood’s most renowned cartoon studio, there are a few things you simply do not draw: snakes, cows with udders, violence, and death. So when Janet Poole finds a doodle of the studio’s famous cartoon penguin with a noose around its neck, she takes the drawing as a threat. Someone at the studio has murder on the mind. The top brass reach out to Hildegarde Withers, a retired amateur sleuth who has come to Los Angeles to relieve her asthma. The obvious suspect is Larry Reed, a disturbed cartoonist with a dark sense of mischief, but on Miss Withers’s first day working the case, something happens that suggests Larry is likely innocent: He’s murdered. This studio may work in animation, but Miss Withers will find the violence on the lot anything but cartoonish. Cold Poison is part of the Hildegarde Withers Mysteries series, which also includes The Penguin Pool Murder and Murder on the Blackboard.