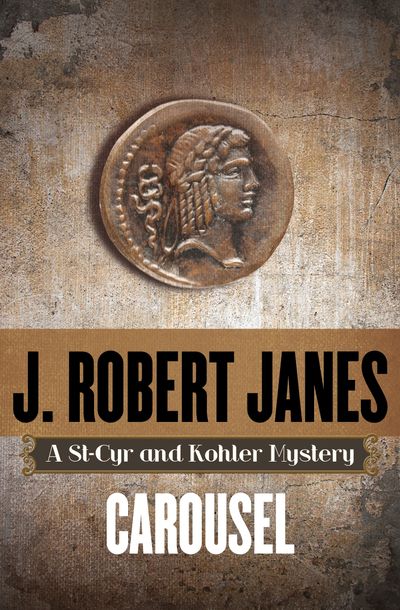 Published by MysteriousPress.com/Open Road
A kept woman’s murder leads detectives St-Cyr and Kohler to the upper crust of occupied ParisIt is December 1942, and the Parisian Gestapo agents pass their days by executing dissidents and plotting the destruction of the Resistance. Homicide detectives Jean-Louis St-Cyr and Hermann Kohler, meanwhile, must make do solving the gritty crimes with which the Nazi elite do not bother. Just hours after they learn that St-Cyr’s wife and child have died, the partners confront an ugly murder that turns out to be very glamorous indeed. In a pay-by-the-hour hotel, a young woman is found surrounded by counterfeit coins and an ocean of blood. Her ID says she is an art student, but the quality of her clothes tell St-Cyr that she must be the mistress of a very rich man. The girl’s killer is powerful, and guilty of much worse than murder.“The unorthodox detective partners in a haunting wartime series by J. Robert Janes make compassion their business. St-Cyr of the Sûreté Nationale and Hermann Kohler of the Gestapo work the mundane murder cases no one else wants to be bothered with. They cry for us all.” —The New York Times Book Review “Keeps the suspense burning slowly but with mounting power—their most successful outing yet.” —Kirkus Reviews “[Janes] captures the seamy side of Paris, its ambience and its people, most trying to survive but some trying to get rich.” —The Sunday OklahomanJ. Robert Janes (b. 1935) is a mystery author best known for writing historical thrillers. Born in Toronto, he holds degrees in mining and geology, and worked as an engineer, university professor, and textbook author before he started writing fiction. He began his career as a novelist by writing young adult books, starting with The Odd-Lot Boys and the Tree-Fort War (1976). He wrote his last young adult novel, Murder in the Market, in 1985, by which time he had begun writing for adults, starting with the four-novel Richard Hagen series. In 1992, Janes published Mayhem, the first in the long-running St-Cyr and Kohler series for which he is best known. These police procedurals set in Nazi-occupied France have been praised for the author’s attention to historical detail, as well as their swift-moving plots. The thirteenth in the series, Bellringer, was published in 2012.