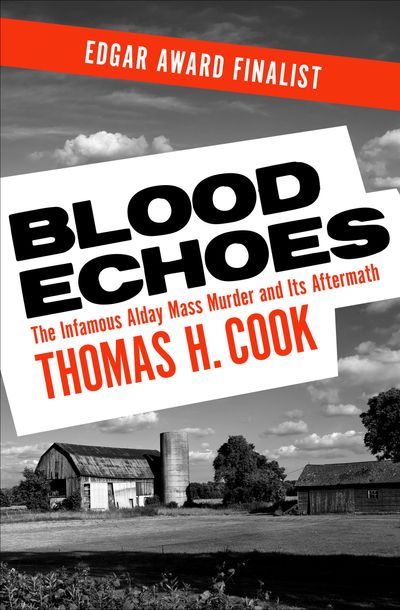 Published by MysteriousPress.com/Open Road
Edgar Award Finalist: A true-crime account of a vicious massacre and the legal battles that followed. It was not a clever killing. On May 5, 1973, three men escaped from a Maryland prison and disappeared. Joined by a fifteen-year-old brother, they surfaced in Georgia, where they were spotted joyriding in a stolen car. Within a week, the four young men were arrested on suspicion of committing one of the most horrific murders in American history. Jerry Alday and his family were eating Sunday dinner when death burst through the door of their cozy little trailer. Their six bodies are only the beginning of Thomas H. Cook’s retelling of this gruesome story; the horrors continued in the courtroom. Based on court documents, police records, and interviews with the surviving family members, this is a chilling look at the evil that can lurk just around the corner.