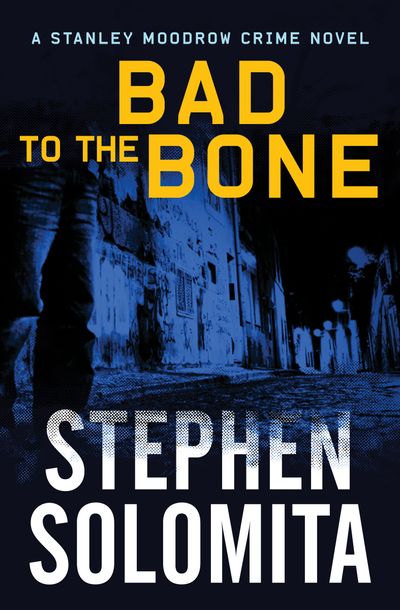 Bad to the Bone

Published by MysteriousPress.com/Open Road
A mysterious cult is pushing a designer drug, and only Moodrow can shut the deadly organization down
Though they preach love and understanding, the people of Hanover House also know a thing or two about strong-arm tactics. When an errant member of the Canal Street cult plans to write a tell-all book exposing Davis Craddock’s pseudo-religion as a sham, the Hanoverians react calmly. One of the cult’s members, Flo Alamare, is dispatched to let the would-be author know that he’s welcome to write whatever he likes—so long as he doesn’t care whether his daughter lives or dies. Soon Flo is found dumped in an empty lot in the Bronx. She’s barely alive, having apparently suffered a stroke or seizure—and the doctors don’t realize that she overdosed on a powerful drug of Craddock’s own design. She’s returned to her parents, who had been desperately searching for her. The tough-minded Alamares want revenge, and hire bruising PI Stanley Moodrow to catch Craddock and break his cult wide open.