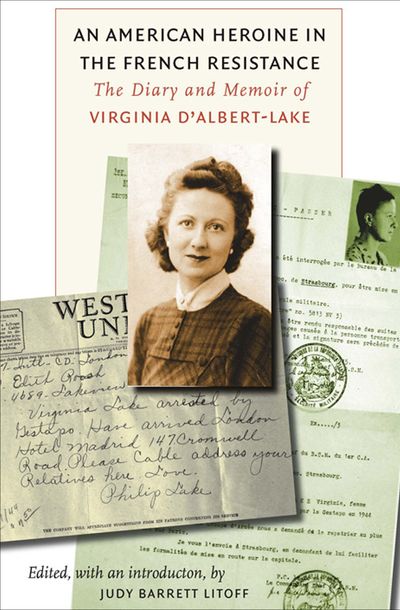 An American Heroine in the French Resistance

Published by Fordham University Press
This account by a woman who fought the Nazis alongside her husband is “an indelible portrait of extraordinary strength of character” (The New Yorker).

Virginia Roush fell in love with Philippe d’Albert-Lake during a visit to France in 1936; they married soon after. In 1943, they both joined the Resistance, where Virginia put her life in jeopardy as she sheltered downed airmen and later survived a Nazi prison camp. After the war, she stayed in France with Philippe, and was awarded the Légion d’Honneur and the Medal of Honor.

This book includes two rare documents—Virginia’s diary of wartime France until her capture in 1944, and her prison memoir written immediately after the war. Together they offer “an invaluable record of the workings of the French Resistance by one of the very few American women who participated in it” (Providence Journal).

“A sharply etched and moving story of love, companionship, commitment, and sacrifice . . . This beautifully edited diary and memoir throw an original light on the French Resistance.” —Robert Gildea, author of Marianne in Chains: In Search of the German Occupation, 1940–1945

“At once a stunning self-portrait and dramatic narrative of a valorous young American woman . . . an exciting and gripping story.” —Walter Cronkite