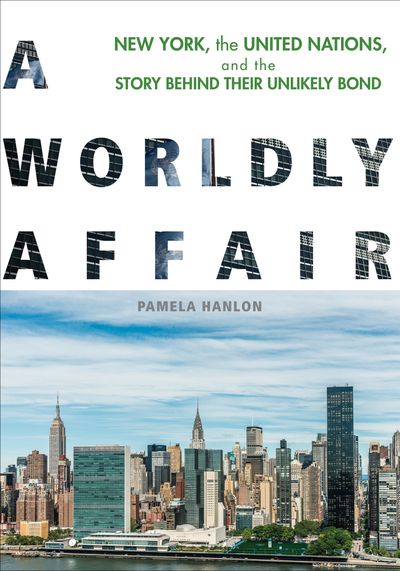 Published by Fordham University Press
The tumultuous, entertaining true story of how the city has welcomed the world’s leaders and diplomats . . . or not.

For over seven decades, New York City and the United Nations have shared the island of Manhattan, coexisting in a bond likened to a long marriage—tempestuous and supportive, quarrelsome and committed. A Worldly Affair tells the story of this hot and cold romance, from the 1940s when Mayor La Guardia was doggedly determined to bring the new world body to New York, to the UN’s flat rejection of the offer, then its abrupt change of course—and various tense, troubling periods in the years since.

Racial prejudice and anti-Communist passions challenged the young international institution. Spies, scofflaw diplomats, provocative foreign visitors, and controversial UN-member policy positions tested New Yorkers’ patience. And all the while, the UN’s growth—from its original fifty-one member states to 193 by 2017—placed demands on the surrounding metropolis for everything from more office space to more security to better housing and schools for the international community’s children.

As the city worked to accommodate the world body’s needs, New Yorkers at times grew to resent it—a sentiment that provoked more than one New York mayor to be less than hospitable in dealing with the city’s international guests. Yet, with the UN headquarters complex freshly renovated and the city proudly proclaiming that the organization adds nearly $4 billion to the New York economy each year, it seems clear the decades-old marriage will last—whatever the inevitable spats and clashes along the way.