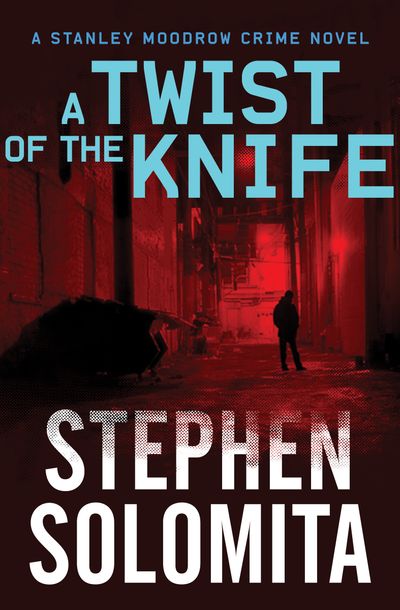 A Twist of the Knife

Published by MysteriousPress.com/Open Road
A hard-nosed cop tears into the criminal shadow world of the Lower East Side
On the streets of downtown Manhattan, there is no better disguise than the vacant stare and limp slouch of the junkie. Masquerading as an addict, Johnny Katanos goes undetected as he slithers up the fire escape towards the biggest heroin operation in the city of New York. He disables the alarms, distracts the guards, kills the Dobermans, and is waiting with a grenade when Ronald Jefferson Chadwick, drug kingpin, returns with a suitcase full of cash. A few minutes later, the money is gone, Chadwick is dead, and the factory has been reduced to a fireball. Though the New York Police Department rarely investigates a dealer’s death, a Russian-made grenade appearing downtown is cause for fear. The case falls to Stanley Moodrow, a beefy detective who knows that in an investigation like this, there’s no time to go by the book.