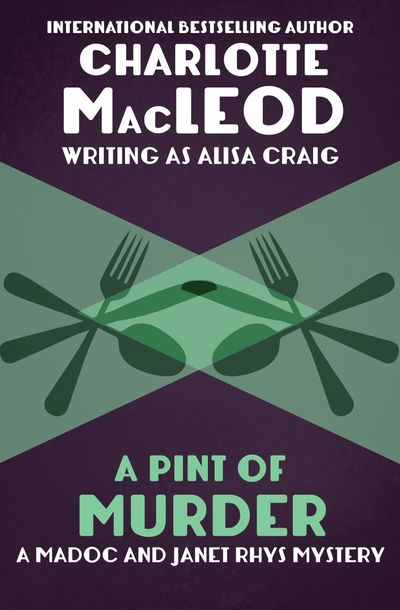 A Pint of Murder

Published by MysteriousPress.com/Open Road
In rural Canada, a woman dies after eating from a jar of tainted green beans—and a Mountie must preserve the evidence.

In a quiet small town in New Brunswick, old Agatha Treadway makes one last cranky complaint to her niece before dying on her kitchen floor. The cause seems to be a jar of contaminated string beans, which sat on Agatha’s basement shelf for years before becoming her final meal. The town doctor calls it a tragic accident—and a warning to all who can their own vegetables—but Agatha’s neighbor, the intrepid Janet Wadman, knows better. Agatha was an expert canner, which means the beans must have been placed there by someone else. This was murder.

Before Janet can share her theory with the town doctor, he, too, meets an untimely death. To oversee the investigation, the Royal Canadian Mounted Police send Madoc Rhys, a wholly unusual Mountie who poses as Janet’s relative while he searches for the killer. But Madoc soon finds himself falling for his partner in detection, and before he can make his feelings known, the pair will have to contend with a secret far more deadly than botulism.

Originally published under the pseudonym Alisa Craig, A Pint of Murder is a witty look at murder in a small town and a classic cozy mystery about love, death, and the evil of vegetables.

A Pint of Murder is the 1st book in the Madoc and Janet Rhys Mysteries, but you may enjoy reading the series in any order.