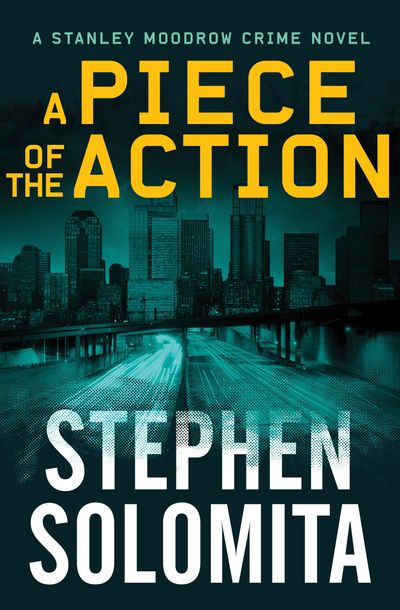 A Piece of the Action

Published by MysteriousPress.com/Open Road
In 1957, a young cop boxes his way to a gold shield, and finds corruption everywhere he turns
Before he became one of the most feared detectives in the New York Police Department, Stanley Moodrow was a boxer. A big kid with sledgehammer fists and a body that didn’t know when to quit, he won his first twenty bouts handily, and might have gone pro if he saw a future in it. But the men in Moodrow’s family have always been cops, and he wanted to join their ranks. As a young recruit, Moodrow knows that the pain he has suffered in the ring puts him a step ahead of the fresh-faced youngsters around him. Using his boxing talent as a way to get the attention of the brass, he wins his detective’s badge in record time. But when he starts life among the elite, he learns that there is nothing in the department that can’t be bought. Even the blood of the innocents has a price tag.