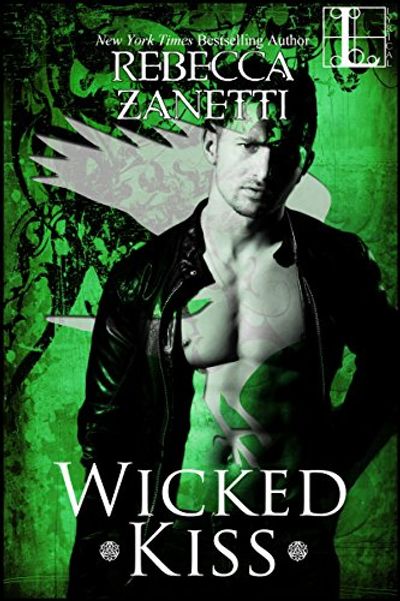 A woman in search of answers gets kidnapped by a sexy witch enforcer in this paranormal romance by the New York Times–bestselling author of Fated.

If you love the Dark Protectors, these wicked hot Realm Enforcers are for you!

Working as an informant for the DEA, Victoria Monzelle is used to living on the edge. But she’s not a big fan of getting kidnapped. And definitely not by a bunch of bad boy witches with fancy-colored fire to shoot at people. So when Adam Dunne shows up and claims to be a witch enforcer, she’s not going to put her life in his hands based on his word, no matter how smooth and smart and beautifully Irish his words sound. But on the run from a tribunal of witches, she isn’t going to make it far…

Before she knows it, Adam’s word is all that stands between her and execution. Sophisticated, just-gotta-ruffle-him Adam has vowed to make her his one eternal mate, wild and unpredictable as she is—to save her from a sentence of certain death. But Tori isn’t interested in being anyone’s pity date. And if they think she’s unpredictable now, they should see what’s coming next….

Praise for the Realm Enforcers series

“The steam level will appeal to fans of Christine Feehan and Nalini Singh.”—Library Journal on Wicked Bite