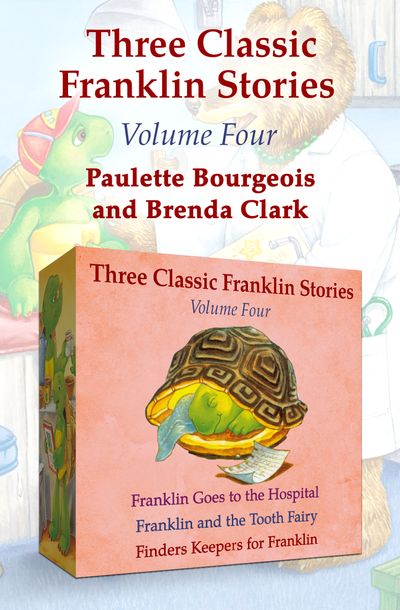 Published by Kids Can Press
Franklin Goes to the Hospital

In this Franklin Classic Storybook, our hero goes to the hospital for an operation to repair his broken shell, and everyone thinks he’s being very brave. But Franklin is only pretending to be fearless. He’s worried that his X-rays will show just how frightened he is inside. With the help of Dr. Bear, Franklin learns that even though he’s feeling scared, he can still be brave.
Franklin and the Tooth Fairy

In this Franklin Classic Storybook, our hero discovers that, unlike most of his friends, he doesn’t have teeth, and worries that he’s missing out on the Tooth Fairy’s magical visits.

In this Franklin Classic Storybook, Franklin is very excited to find a camera. He knows that he should find the owner and return the camera, but his friends tell him “finders keepers!” and soon Franklin gets carried away taking pictures. With his father’s encouragement, Franklin decides to return the camera to its rightful owner—but finding out who the owner is takes some clever sleuthing!