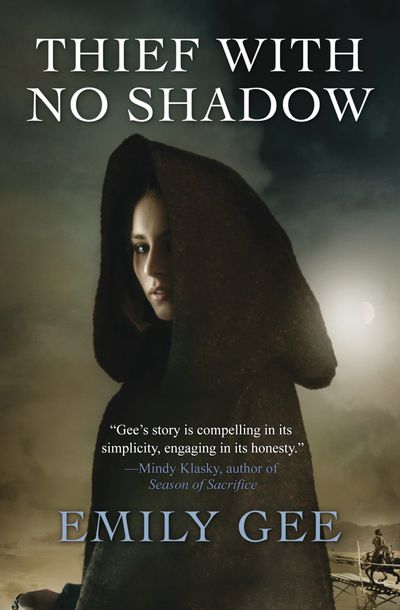 Thief with No Shadow

Aided by the magic that courses through her veins, Melke is able to walk unseen by mortal eyes. When a necklace she has stolen holds the key to both saving her brother’s life and breaking a terrible curse, she must steal it back from a den of fire-breathing salamanders. Things are about to get very tough for Melke, especially when she comes to realize she may have to trust the very people who were out to kill her.

Thief With No Shadow is a rich, romantic fantasy tale set in a world where the ordinary and extraordinary coexist, where nightmarish creatures live alongside men, and magic runs in the blood of mortals.

Don’t Miss Emily Gee’s other books: The Sentinel Mage and The Laurentine Spy.