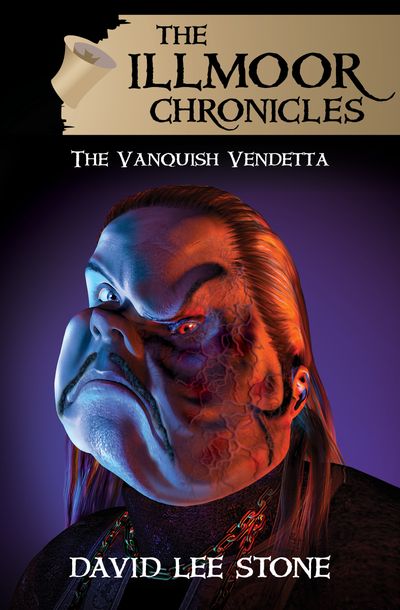 Published by Open Road Media
In the fifth book of the Illmoor Chronicles, an ancient and sinister force is rising, and the kingdom’s much-maligned capital is in serious trouble

Viscount Curfew is an impostor, a henchman in an evil scheme to bring Dullitch to its deadly and final destruction. His true form is that of Sorrell Diveal, a ruthless practitioner of dark magic who will stop at nothing to maintain his disguise. From his lofty position in the palace of Dullitch, Diveal can wreak havoc—and the city is in desperate peril.

Unaware of the troubles in Dullitch, King Groan Teethgrit, a hulking mass of muscle who recently ascended to the throne of Illmoor, has arrived in the capital. Along with his brother, Gape, and his partner, the axe-wielding dwarf Gordo Goldeaxe, King Groan has discovered an old and mystical hammer, a valuable relic he hopes to trade with the viscount. But the hammer is much more important than Groan realizes, and with his flair for making a bad situation worse, the stage is set for an all-out battle over the future of Illmoor.