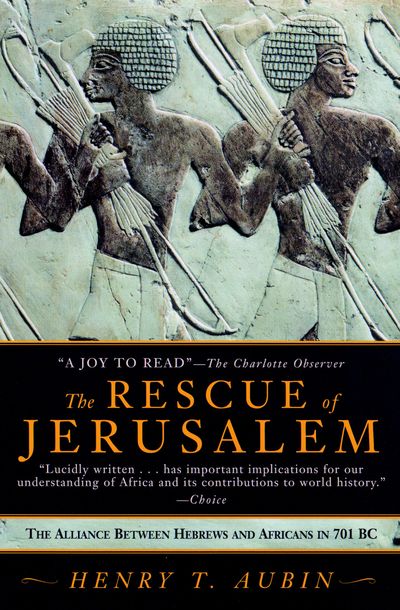 The Rescue of Jerusalem

Published by Soho Press
This little-known story of biblical times is “one of those contingent moments in world history on which whole civilizations pivot” (The Globe and Mail, Toronto).

At the turn of the eighth century BC, a mighty Assyrian army entered Judah and fought its way to the very gates of Jerusalem, poised, the prophet Isaiah warned, to “smash the city as easily as someone hurling a clay pot against the wall.” But the assault never came.

Instead, the Assyrian army turned and fled, an event that has been called the Deliverance of Jerusalem. Whereas biblical accounts attribute the Assyrian retreat to divine intervention, this account offers an explanation that is miraculous in its own light: The siege was broken by the arrival of an army from Kushite Egypt—an army that is, made up of black Africans. These Kushites figured in historical texts, the author reveals, until the late nineteenth century—when racist scholars expunged them from the record, a process that coincided with the European conquest and colonization of Africa.

The Kushite intervention assured the survival of the Hebrew people, and this book is a fresh and fascinating look at this chapter in biblical history and “a joy to read” (South Florida Sun-Sentinel).