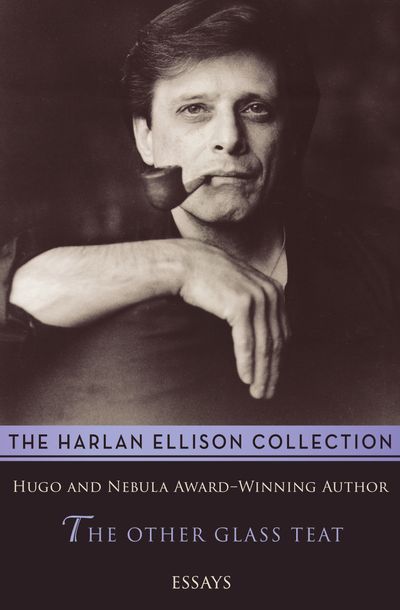 The Other Glass Teat

Published by Open Road Media
The late, multi-award-winning author of The Glass Teat continues his critical assault on television in this second collection of classic criticism.

In the late 1960s and early 1970s, there were only three major television networks broadcasting original programs and news. And there was only one Harlan Ellison taking them all to task in a series of weekly essays he wrote for the countercultural, underground newspaper, the Los Angeles Free Press, a.k.a. “The Freep.” For nearly four years, he channel surfed through the mire of ABC, CBS, and NBC, finding little of value but much to critique. No one offered a more astute analysis of the idiot box’s influence on American culture, or its effects on the intelligence and psyche of viewers.

The Other Glass Teat: Further Essays of Opinion on the Subject of Television collects Ellison’s final fifty columns, presenting his thoughts on everything from dramas and sitcoms to game shows and roundtable discussions, unleashing his fury against sponsors, the nightly news, and the broadcasts of President Nixon—warning readers about the commander-in-chief’s war against the media long before the Watergate scandal broke.

As television has evolved into wireless streaming services and digital interactions on portable devices, Ellison’s timeless rage against the machine has become prophecy. His plea to unplug is an even more necessary call to action in the face of the twenty-first century’s media onslaught.

Also available: The Glass Teat: Essays of Opinion on the Subject of Television