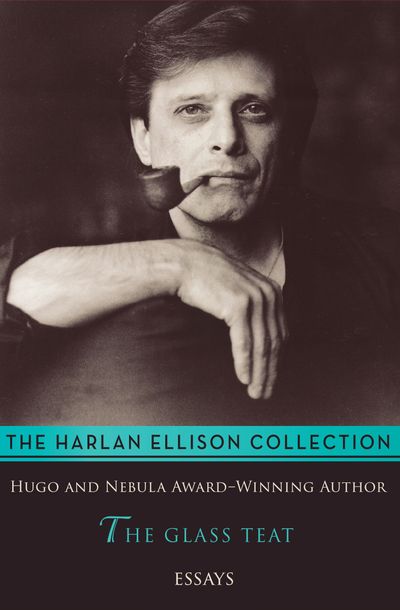 Published by Open Road Media
The classic collection of criticism about television and American culture from the late, multi-award-winning legend.

From 1968 through 1972, Harlan Ellison penned a series of weekly columns, sharing his uncompromising thoughts about contemporary television programming for the Los Angeles Free Press, a.k.a. “The Freep,” a countercultural, underground newspaper. Sitcoms and variety shows, westerns and cop dramas, newscasts and commercials, Ellison left no pixilated stone unturned, expounding on the insipidness, hypocrisy, and malaise found in the glowing images projected into the faces of American audiences.

The Glass Teat: Essays of Opinion on the Subject of Television collects fifty-two of Ellison’s columns—including his 2011 introduction “Welcome to the Gulag,” his unapologetic commentary about how cellphones and the internet have extended television’s reach, eroding intelligence and freedom and creating a legion of bloodshot eyed zombies unable to communicate beyond their screens or think for themselves.

Provocative and prescient, irreverent and insightful, Ellison’s critical analyses of the glowing box that became the center of American life are even more relevant in the twenty-first century.

Also available: The Other Glass Teat: Further Essays of Opinion on the Subject of Television