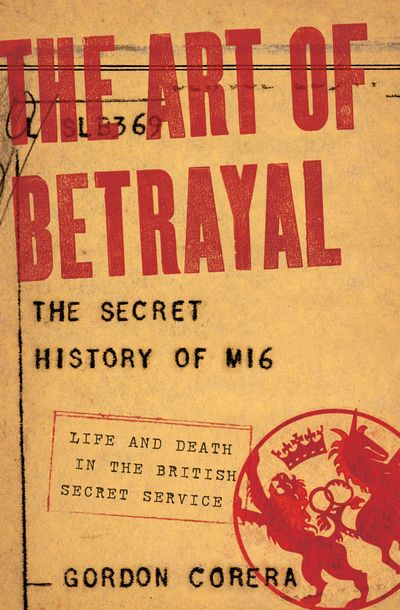 The Art of Betrayal

From Berlin to the Congo, from Moscow to the back streets of London, these are the true stories of the agents on the front lines of British intelligence. And the truth is sometimes more remarkable than the spy novels of Ian Fleming or John le Carré.
Gordon Corera provides a unique and unprecedented insight into this secret world and the reality that lies behind the fiction. He tells the story of how the secret service has changed since the end of the World War II and, by focusing on the real people and the relationships that lie at the heart of espionage, illustrates the danger, the drama, the intrigue, and the moral ambiguities that come with working for British intelligence. From the defining period of the early Cold War through modern day, MI6 has undergone a dramatic transformation from a gung-ho, amateurish organization to its modern, no less controversial, incarnation. And some of the individuals featured here, in turn, helped shape the course of those events. Corera draws on the first-hand accounts of those who have spied, lied, and in some cases nearly died in service of the state. They range from the spymasters to the agents they controlled to their sworn enemies, and the result is a “fast-paced” examination that ranges “from the covert diplomacy of the Cold War to recent security concerns in Afghanistan and the Middle East” (The Times, London).