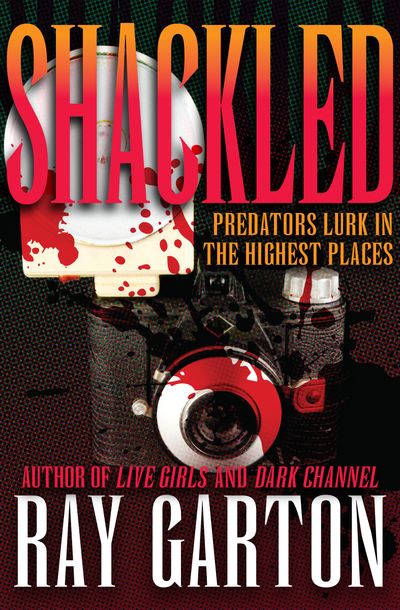 Children disappear all the time—but where do they go?

While covering a missing-child case for a tabloid newspaper, washed-up reporter Bentley Noble accidentally stumbles upon a horrifying lead. What he thought was a single kidnapping leads him to discover a human trafficking ring, specializing in sexually obedient children. Noble slowly uncovers a society so depraved that it can only be classified as evil; its members are no ordinary pedophiles, but rather professionals. United by their Satanist beliefs, they’re willing to use any means necessary to train their “merchandise”—and keep Noble from uncovering their business.

With the help of a hacker, a researcher, and a true-crime writer, Noble descends into the dark world of human trafficking. But in order to destroy it, he’ll have to gamble not only his life, but also his sanity.

Shackled, author Ray Garton’s most controversial work yet, is not for the faint of heart—or stomach.