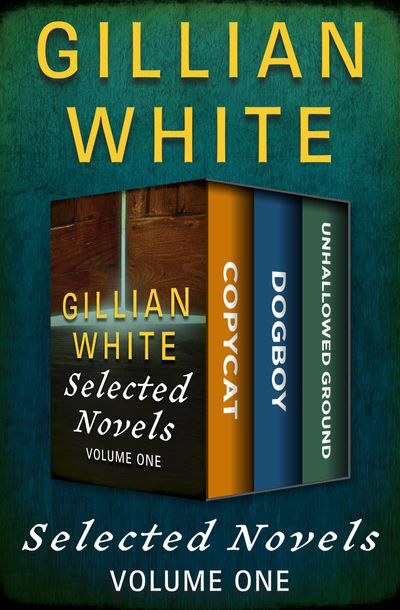 Published by Open Road Media
Three chilling novels of psychological suspense from “a novelist of the highest quality” (The Independent on Sunday).

Copycat: Martha’s new neighbor, Jennie, seems to love everything about her: her beautiful house, impressive children, attractive husband, even the way she dresses. It’s all a bit much. But when Jennie starts changing, gaining confidence and succeeding in love and work, Martha’s life begins to come apart at the seams, and their frayed friendship hurtles toward an extreme confrontation.

“White handles her gruesome ingredients with control and intelligence.” —The Independent on Sunday

Dogboy: From the age of eight, when his mother died and he landed at the social services office, Fergus has fiercely loved his social worker, Jem. So Jem’s marriage is the deepest betrayal. Now nineteen, Fergus has just been released from prison, and he’s coming to set things right between them.

Unhallowed Ground: London social worker Georgina Jefferson battles guilt and public disgrace when one of her charges, an abused five-year-old girl, is beaten to death. She retreats to an isolated cottage that once belonged to her deceased brother. But her neighbors’ hostility and a series of chilling incidents cause her to question who or what threatens her most.

With these three unforgettable psychological thrillers, “White evokes comparisons to Fay Weldon and Joy Fielding with her comic flair and touch of the grotesque” (Publishers Weekly).