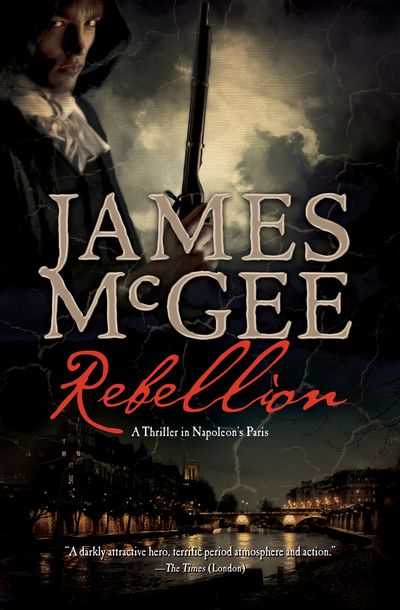 Published by Pegasus Books
One of London’s famous Bow Street Runners is on a secret mission in Napoleon’s Paris in this thriller with “terrific period atmosphere and action” (The Times, London).

October 1812: Britain and France are still at war.
France is engaged on two battlefronts—Spain and Russia—and her civilians are growing weary of the fight. Rebellion is brewing. Since Napoleon Bonaparte appointed himself as First Consul, there have been several attempts to either kill or overthrow him. All have failed, so far! Meanwhile in London, Bow Street Runner Matthew Hawkwood has been seconded to the foreign arm of the Secret Service. There, he meets the urbane Henry Brooke, who tells him he’s to join a colleague in Paris on a special mission. Brooke’s agent has come up with a daring plan and he needs Hawkwood’s help to put it into action.
If the plan is successful it could lead to a negotiated peace treaty between France and the allies. Failure would mean prison, torture and a meeting with the guillotine.