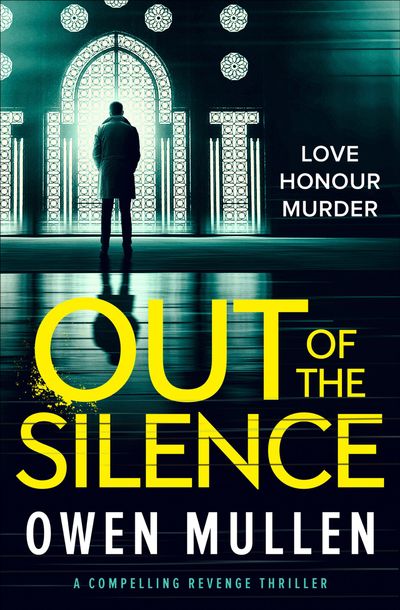 Out of the Silence

Published by Bloodhound Books
A British journalist gets embroiled in a shadowy world of revenge and honor killings in this international thriller by the author of In Harm’s Way.

When British investigative reporter Ralph Buchanan is sent to Pakistan, he figures his best days are behind him. But he’s about to embark on a story that will change his life forever. In the Punjab region, Dr. Simone Jasnin hears an abused woman’s harrowing story just before she dies. Afra’s tale of sadistic cruelty is all too common in this region of the world. But Dr. Jasnin is determined not to let Afra’s story die with her—and she goes to Buchanan for help exposing the injustice.

Seven years later, members of a prominent Pakistani family are being brutally murdered, one by one. The only clues the hand-carved wooden bangles left at the scene of each crime. As the list of suspects grows and authorities come up short, Buchanan realizes the solution to the deadly riddle might be closer to home than he ever thought possible. It’s a story that could put him back on top…but at what cost?