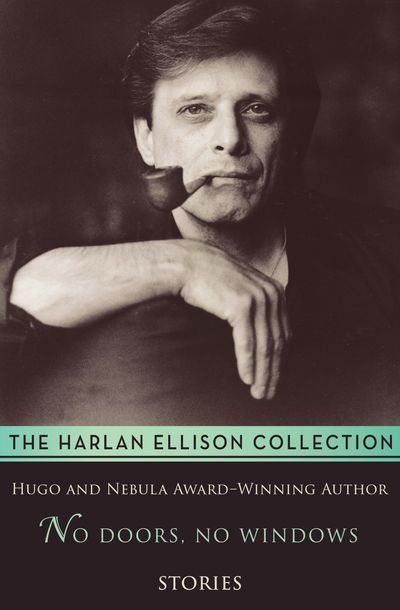 No Doors, No Windows

Published by Open Road Media
Stories of fear in all its forms, from “the leading craftsman in the literature of terror and dread” (Louisville Courier Journal & Times).

You have nothing to fear but fear itself. The only trouble is, fear comes in so many different shapes and sizes these days—the rejection by a beautiful woman, the threat of impending nuclear holocaust, the erratic behavior of wackos walking the streets who only need a wrong word and there they go to the top of an apartment building with a sniperscope’d rifle. Fear is all around you, and the minute you get all the rational fears taken care of, all battened down and secure, here comes something new. Like the special fears generated in these sixteen incredible stories. Fear described as it has never been described before, by the startling imagination of Harlan Ellison, master fantasist, tour guide through the land of dreadful visions, unerring observer of human folly and supernatural diabolism.