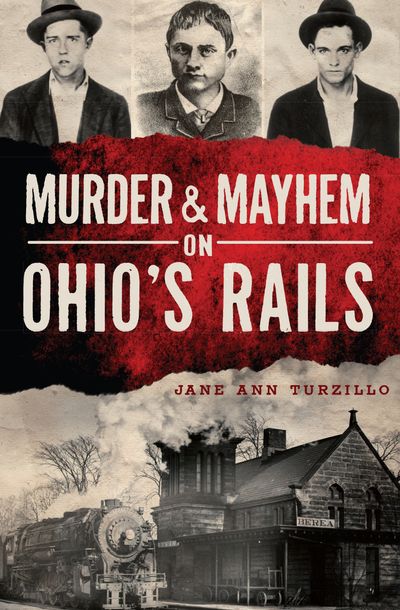 Published by Arcadia Publishing
All aboard for a breakneck trip into history, as the author of Wicked Women of Ohio details the Buckeye State’s most daring train holdups.

Ride Ohio’s rails with some of the bravest trainmen and most vicious killers and robbers to ever roll down the tracks. The West may have had Jesse James and Butch Cassidy, but Ohio had its own brand of train robbers. Discover how Alvin Karpis knocked off an Erie Railroad train and escaped with $34,000. Learn about the first peacetime train holdup that took place in North Bend when thieves derailed the Kate Jackson, robbed its passengers and blew the Adam’s Express safe. Make no mistake—railroading was a dangerous job in bygone days.

“Ohio was plagued by train bandits, too, and some of them were shockingly violent. Journalist Jane Ann Turzillo has researched 10 interesting cases for her book.” —Akron Beacon Journal