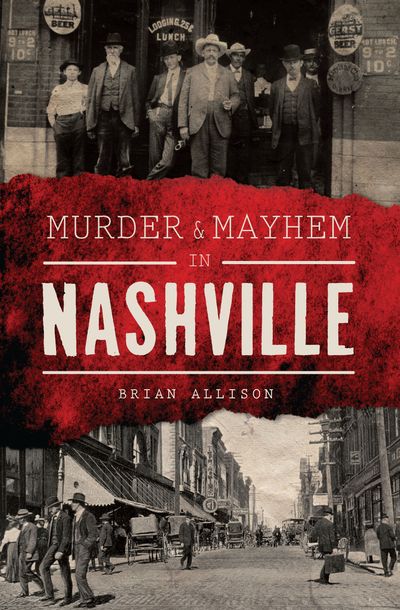 Nashville is known for its bold, progressive flair, but few are aware of its malevolent past. Now, historian Brian Allison sheds light on some of Nashville’s darkest deeds in this compulsively readable chronicle of turn-of-the-century bad behavior.

Included here are tales of infamous bar brawls, escaped fugitives, and deadly duels instigated (and won) by legendary hothead Andrew Jackson; a tour of the notorious red-light district of Smokey Row, where one of the largest congregations of prostitutes in the country was at the service of 1000s of beleaguered boys in gray; a killer temptress with a penchant for poison who strolled the city streets looking for victims; a grisly—and true—local legend known as the Headless Horror; the facts behind the macabre 1938 Marrowbone Creek cabin murders; and much more.

Vividly capturing the outlandish mischief, shocking crimes, and political powder kegs of an era, Murder and Mayhem in Nashville lifts the veil on a great city’s sordid secrets.