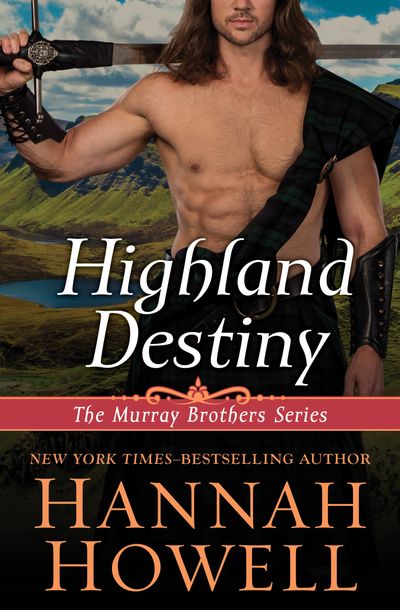 Bestselling Author Hannah Howell returns to the splendor of medieval Scotland in this first novel of her new trilogy—a saga of clan warfare, divided loyalties, and forbidden love. Here, in the Scottish highlands of the fifteenth century, a powerful knight meets his match in a mysterious beauty bent on revenge.

When destiny brought Sir Balfour Murray and his wounded brother down the same road as Maldie Kirkaldy, she offered her services as a nurse even as she tried to deny the desire this dark-eyed knight had ignited at first sight. Soon they discover that they both share a mission of vengeance, but Maldie cannot tell him her true identity--to do so would brand her a spy. Sworn to avenge his family as chief of the Doncoill Clan, Balfour vows to destroy his greatest foe, with Maldie at his side. Yet Balfour knows that he can no more afford to trust her than he can ignore his lust for this sultry beauty. Now, he is not only determined to unearth her deepest secrets, but also to pursue his passion for her. And nothing will stand in his way.