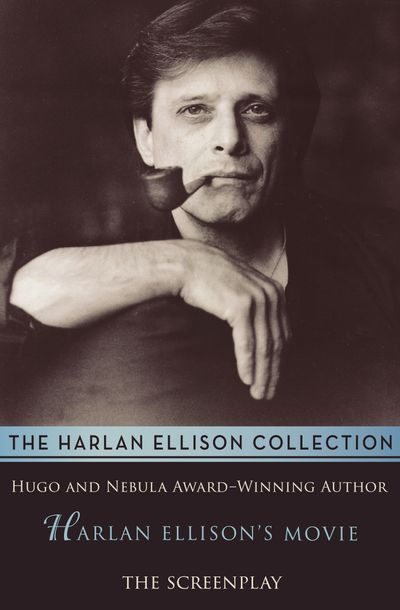 Published by Open Road Media
Herein lies in written form Harlan Ellison’s Movie, the full-length feature film Ellison created when a producer at 20th Century-Fox said, “If we gave you the money, and no interference, what sort of movie would you write?” Well, that producer is no longer at the studio; he left the entire venue of moviemaking after Harlan Ellison’s Movie was seen by the Suits. There is no use even trying to describe what the film is about, except to confirm the long-standing rumor that it contains a scene in which a 70-foot-tall boll weevil chews and swallows an entire farmhouse and silo on-camera. (It is Scene 33C.)