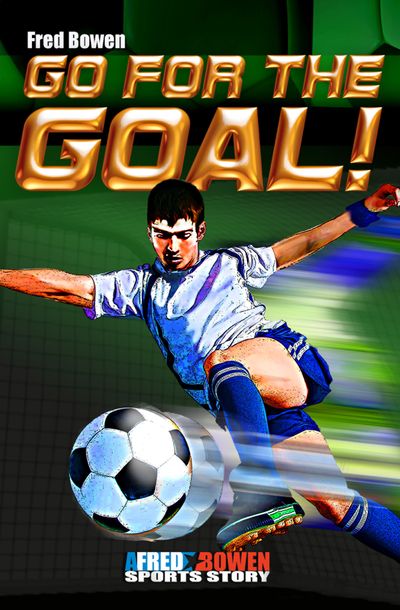 Go for the Goal!

Published by Peachtree Publishers
Josh and his talented travel league soccer teammates are having trouble coming together as a successful team—until he convinces them to try team-building exercises.
Thirteen-year-old Josh tries out for the United, an elite travel league soccer team, and is thrilled when he makes the cut. But once the season is underway, he discovers that the practices are grueling and the other team members are prone to hogging the ball. All the other players are talented, but they each seem to be playing for themselves and not for the team. They can’t seem to pull together enough to win a single game. Tired of always being in the losers bracket, Josh begins to wonder if he made a mistake by leaving his old team and his buddies. Should he quit the United?
But just when Josh is about to give up on his new team, he makes a discovery: While doing a homework assignment about the World Cup soccer championships, he learns that the 1999 United States Women’s World Cup team faced similar difficulties. Individually they were excellent athletes, but they just couldn’t work together. How did the 1999 team win it all that year? By using team-building exercises. Fired up by this idea, Josh convinces his coach to try the same approach. At first his teammates are skeptical, but with time they turn the United into a real team!