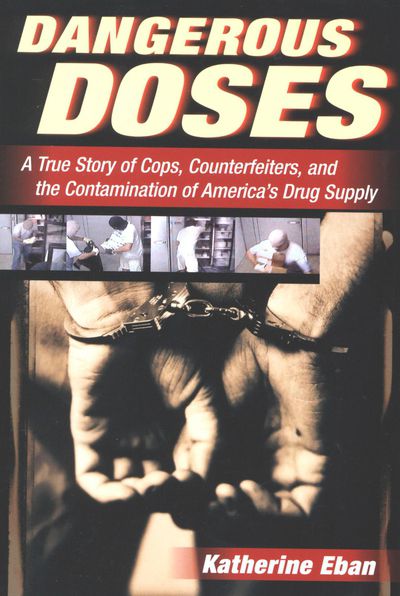 Published by Houghton Mifflin Harcourt
An investigation into crime and corruption that offers “a journey into the underbelly of the pharmaceutical industry” (Buzz Bissinger).

Stolen, tainted, and compromised counterfeit medicine has increasingly made its way into a poorly regulated distribution system—reaching vulnerable and unsuspecting patients who stake their lives on it. The heart of the problem lies in South Florida—and Dangerous Doses exposes it through a “ragtag group of seasoned investigators who seem as if they were cast right out of an episode of The Wire” (U.S. News & World Report).

In Katherine Eban’s hard-hitting examination of America’s secret ring of drug counterfeiters, these tireless investigators follow the trail of medication, stolen in a seemingly minor break-in, as it funnels into a sprawling national network of drug polluters. Their pursuit stretches from a strip joint in South Miami to the halls of Congress, as they battle entrenched political interests and uncover an increasing threat to America’s health.

Eban’s revelatory and damning crusade “combines investigative diligence, a natural storyteller’s gift for narrative, and a consumer advocate’s practical prescriptions for what to do about the counterfeit drugs that may have contaminated the supply at your local drug store. The result: A rare literary event—muckraking with a human face” (Victor Navasky, former publisher of The Nation).

“An exposé that wades into more rank Florida unseemliness than a Carl Hiaasen novel, and easily boasts three times the number of sleazebag villains.” —Salon.com