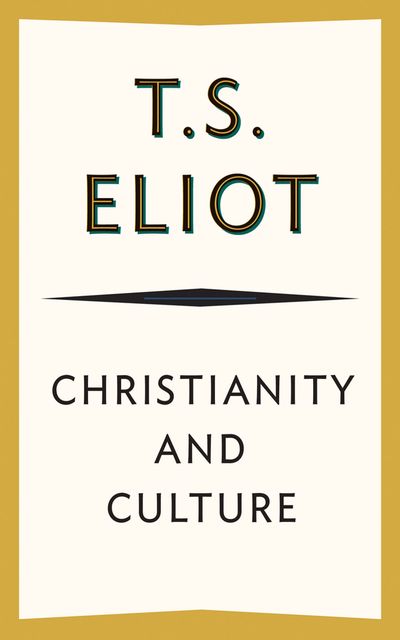 One of our most prized writers takes a poignant look at the powerful influences of religion and culture in the Western world in these two penetrating essays. The first, “The Idea of a Christian Society,” examines the undeniable link between religion, politics, and economy, suggesting that a real Christian society requires a direct criticism of political and economic systems. And in “Notes towards the Definition of Culture,” Eliot sets out to discover the true definition of “culture,” a word whose misuse and ambiguity presents a danger to the legacy of the Western world. Intellectually, Eliot was years ahead of his time, and these essays are an invaluable tool for analyzing and understanding the nature of society today.

“A substantial contribution to our understanding of the nature of culture, the nature of the relationship between culture and religion, and the role of what often are termed cultural pursuits—including literature, the visual arts, architecture, and the like—in making life worth living.”—The Imaginative Conservative