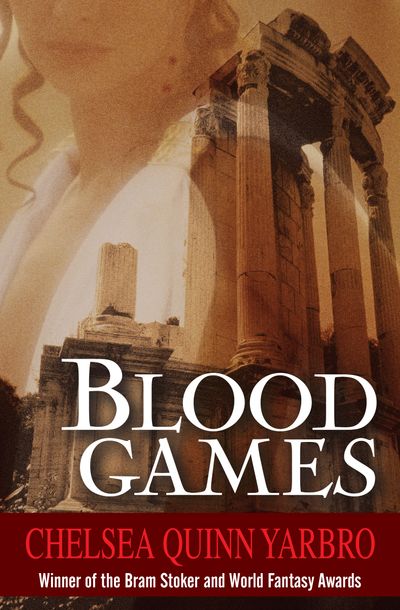 Published by Open Road Media
The adventures of a seductive immortal in Nero’s Rome from a Bram Stoker Award winner: “Nobody does historical vampire fiction better” (Laurell K. Hamilton).

Since 1978, Chelsea Quinn Yarbro has produced about two dozen novels and numerous short stories detailing the life of a character first introduced to the reading world as Le Comte de Saint-Germain. We first meet him in Paris during the reign of Louis XV when he is, apparently, a wealthy, worldly, charismatic aristocrat, envied and desired by many but fully known to none. In fact, he is a vampire, born in the Carpathian Mountains in 2119 BCE, turned in his late thirties in 2080 BCE, and destined to roam the world forever, watching and participating in history and, through the author, giving us an amazing perspective on the time tapestry of human civilization. In Blood Games, beginning during the reign of Nero, Saint-Germain finds his way through the political turmoil of the time and becomes the lover of the incomparable Atta Olivia Clemens.