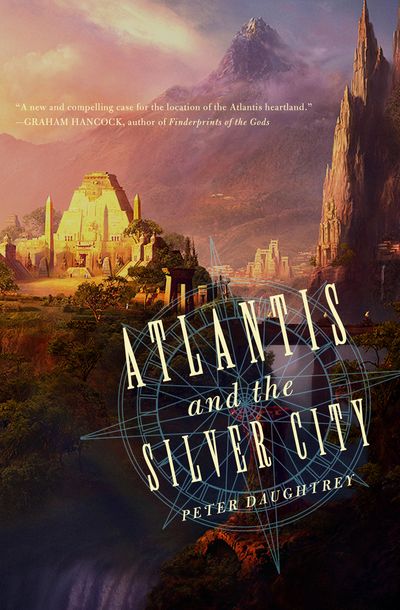 Atlantis and the Silver City

Published by Pegasus Books
Delve into an ancient mystery and witness the unveiling of the most complete and persuasive evidence for the real location of the lost empire of Atlantis.

More than two thousand years ago, Plato laid out a series of cryptic clues about the location of Atlantis. Since then, countless experts have tried to crack his code. Today, some experts claim Atlantis lies under the volcanic rocks of Santorini. Others place it in the Bermuda Triangle or off the coast of Africa or say it vanished forever beneath the waves of the Atlantic Ocean. But what if Atlantis is closer than we think? What if we could walk the streets of its ancient capital today?

After a twenty-year forensic examination of Plato’s writings, Peter Daughtrey believes we can do just that. Having matched an unprecedented number of Plato’s clues to a modern locale, Daughtrey pinpoints the exact location of the once-glittering capital city of Atlantis and outlines the full reach of the empire.

Daughtrey’s quest takes him from the dusty stone quarries of Portugal and the hieroglyphs of Egyptian temples to the newly refurbished museums of Baghdad. Along the way, he unearths long-forgotten, vitally significant artifacts, pieces together sensational evidence of a lost alphabet, and identifies today’s descendants of this early civilization—and even reveals the location of another undersea settlement from the empire of Atlantis.

Hailed as “an intriguing, thought-provoking read” by Graham Hancock, the bestselling author of Fingerprints of the Gods, Atlantis and the Silver City is a detailed and accurate account of an adventurous journey of discovery, told with enthusiasm and verve.