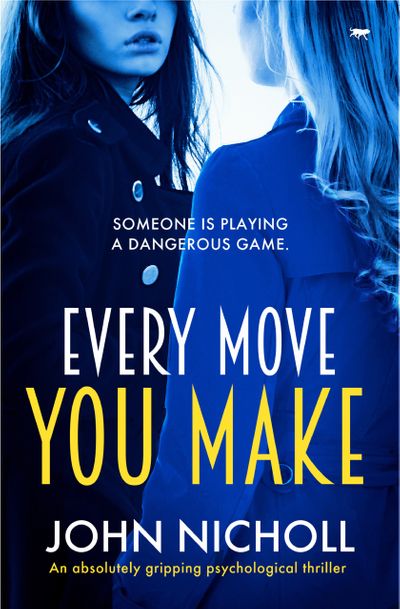 Published by Bloodhound Books
As a deranged stalker threatens a successful novelist, DI Gravel pursues a serial killer in this “insidious and very creepy” psychological thriller (Patricia Dixon, author of Over My Shoulder).

As a successful novelist living in Wales, Mia is used to fans who occasionally crossed the line. But nothing so chilling as the untraceable email she received with the message “I know where you live.” And that was just the beginning. Unaware that the psychopath has placed cameras in her home, Mia soon receives intimate photos of herself and her four-year-old daughter. The messages demand that she performs outlandish tasks, threatening dire consequences if she refuses or approaches the police.

As the pressure builds, Mia’s sister's boyfriend offers to escort her safely to Italy where she can stay with her parents. But when their villa burns down, Mia fears that there may be no escape. Meanwhile, the police are investigating the murder of three women back in Wales, and when DI Gravel’s daughter is threatened, he takes matters into his own hands