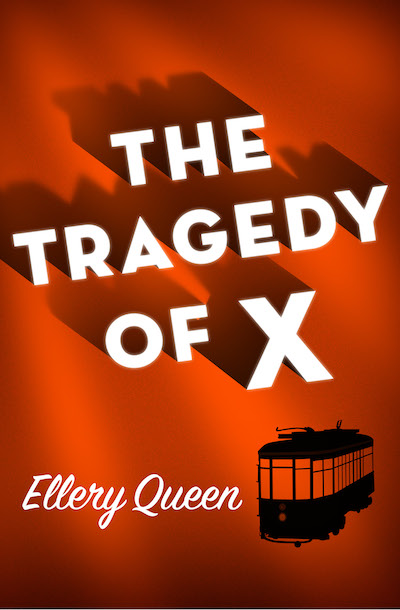 The Tragedy of X

Published by MysteriousPress.com/Open Road
A retired Shakespearean actor plays his new role—amateur sleuth—after a murder in a New York streetcar.

Born during intermission in a seedy New Orleans playhouse, Drury Lane has spent the better part of his life in the theater. A majestic old-fashioned ham, he made his name in London, where his record-breaking run as Hamlet defined the role for a generation. When hearing loss forces him to retire, he turns his attention to human drama—specifically crime. Using his powers of disguise, knowledge of human nature, and an occasional dash of theatrical combat, Lane is the most fantastic detective of all time—onstage or off.

In The Tragedy of X, a man is poisoned in the middle of a crowded New York streetcar, and not one of the dozens of witnesses can provide any useful evidence. The police are stumped until they receive a letter from Lane, claiming to have solved the crime by reading newspaper reports. He knows the killer’s name—but now he has to catch him.