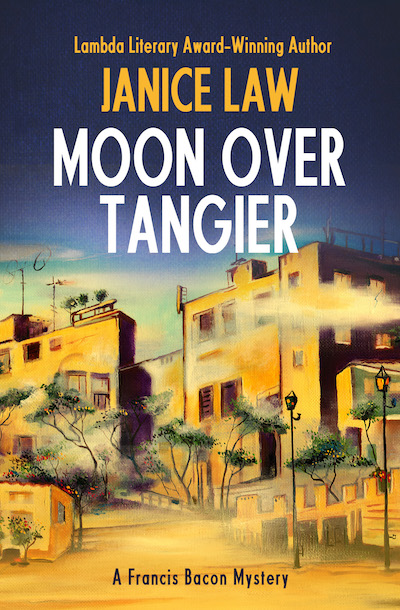 Published by MysteriousPress.com/Open Road
In colonial Morocco, a painter navigates a conspiracy of forgery, corruption, and murder

For Francis, life with David grows more dangerous by the day. When sober, he is charming, but when he drinks, he is violent, slashing Francis’s paintings and threatening to gut the painter, too. When David leaves London for Morocco, Francis cannot help but follow this man whom he loves but can no longer trust. In Tangier, they find a thriving community of expats who guzzle champagne while revolutionaries gather in the desert. But in Morocco’s International Zone, death does not wait for rebellion.

After Francis identifies a friend’s Picasso as a fake, the police call him in to investigate the forger’s demise. If he refuses, they will throw David in jail, where inmates and the DTs will kill him within the week. Between the bustle of the city and the emptiness of the desert, Francis finds that in Morocco, even the fakes can be worth killing for.